I bought my Everki backpack sometime in 2010, just before I was about to start my undergraduate-degree. I had been looking around for a bag that could hold all my things: cables, bottles, books, papers, and my laptop. The last item was particular important to me, and what ever bag I chose would need to be able to safely handle this piece of kit. To add some context, my laptop was the Clevo D900F, a behemoth, weighing in at about 5 kilograms in a 18 inch enclosure. Understandably, most bags aren’t designed to take that kind of bulk (at least not the ones that can fit comfortably in a plane’s overhead luggage bin), so finding one suitable to the task was difficult.

After searching around, I decided to go with an unknown travel gear manufacturer: Everki. Unlike many other brands, Everki specialises in producing backpacks for 17+ inch laptops as well as carrying a lot of other kit. I decided to take the leap and purchased their Beacon. It passed my checklist of requirements while also offering a bit more. I love bags that have a lot of storage space, especially when it doesn’t cause the bag to become deformed. The Beacon does this, providing pockets on the outside for quick access, one on the front flap that can hold all my cables and other bits and bobs, and several on the inside. Additionally the laptop is housed in its own compartment which is separated from the rest of the bag. Though some people prefer having panels subdividing the main compartment, I don’t and was pleased to find that this was optional in the Beacon, with a hidden flap providing this facility when necessary. Finally, the bag comes with a rain cover that can be stored in a separate pocket underneath the bag. 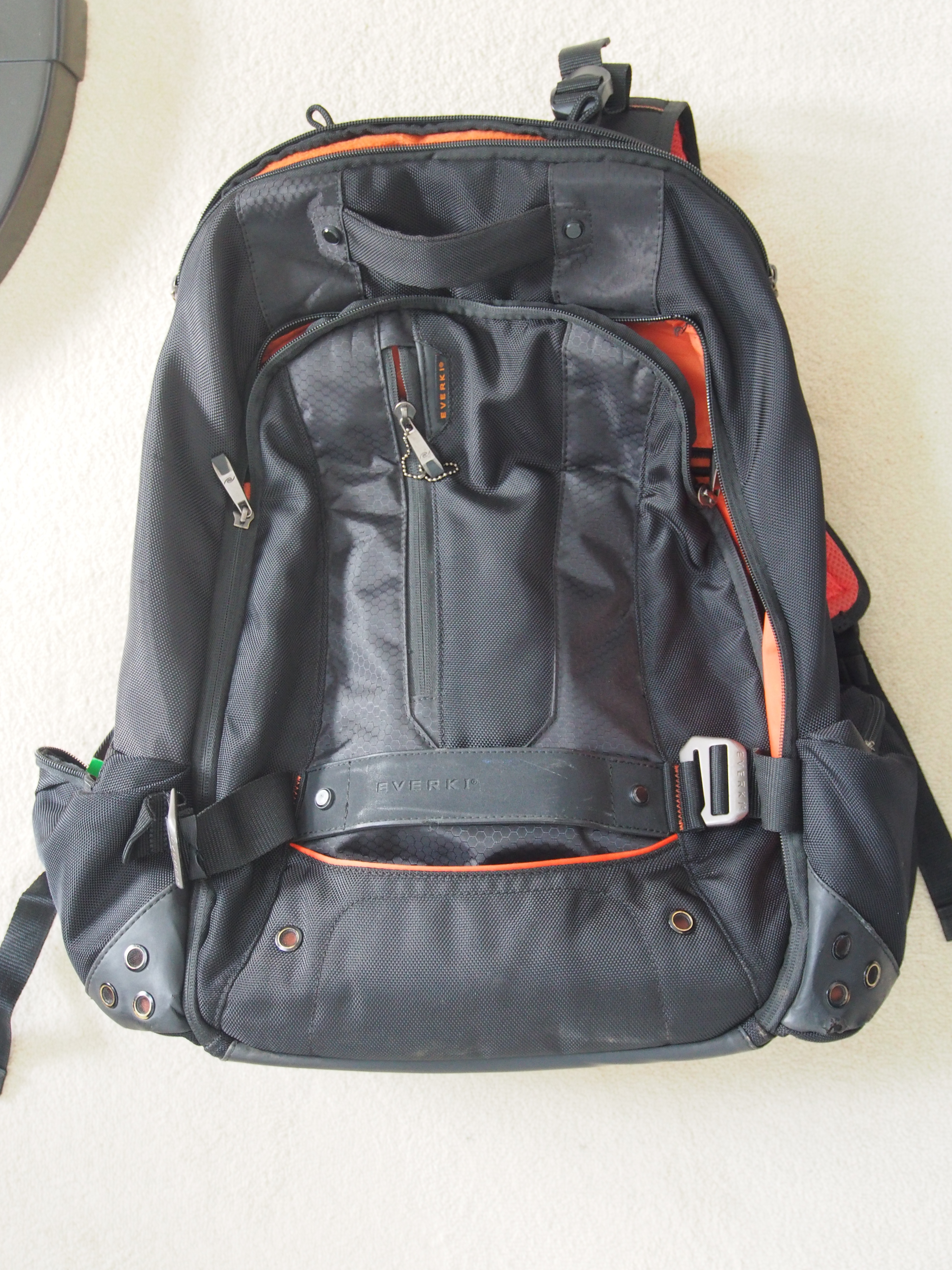 When it arrived a few days later, I found myself looking over this well packaged bag, reading the dozen or so tags connected to every possible space. Each explained the various features of the bag, as well as pointing out where one could store stuff with suggestions. After removing these and cleaning out the paper filler from the compartments, I finally tried it on. The first thing I noticed was how big the bag was, especially in width, cover my entire back. Secondly, the balance of the bag was really good, with it sitting comfortably on my shoulders, the base connecting with my lower back. After this initial test, I filled it up with all my stuff. Everything fit nicely, and there was still a bit of room left in case I needed to add something more.

The first year of my undergrad was rough, for the bag. From class to class, from building to building, the bag endured every sort of torture possible. Furthermore, living in a country with lots of rain and strong gusts of wind, the bag was constantly being tested for its weather hardiness. The first semester went by, and my bag was still keeping up. But during the middle of the second semester, the right strap ripped off from the top of the bag.

It happened as I was leaving some lab and going to lunch with friends. As we were walking down the hallway, I felt the whole weight of the bag shift from the middle of my shoulders to my left, and the right-side strap falling limply from my shoulder. I was lucky that I had been wearing the bag with both straps or otherwise the bag might have fallen to the ground, damaging its contents.

When I got home, I went to the Everki website and created a support ticket with them to see if I could get the bag fixed. By the next day I had received a reply asking for images. After a short while, Everki support came back to me and said that they would send me a brand new Beacon bag - gratis - as it was still under warranty.

The replacement bag arrived a week latter from their European distributor. It looked pretty much the same to the broken one, but with a few small changes. First, the straps were much more sturdy and the stitching looked to be stronger. Second, the zips had been changed to slightly slimmer ones, with added weather-resistance. And lastly, the pockets in the main compartment used more velcro, making them more secure.

I was very pleased with having received a replacement bag for my broken one, but I was even more pleased to see that Everki had updated the bag to solve the issue with the straps eventually breaking. The shoulder straps were firmly sewed to the main body and where made out of thicker nylon fabric.

The replacement bag lasted a long while, through my undergrad and straight into my postgraduate degree (almost three years), but it too began to show signs of wear. For one, the external side pockets had begun to fall apart, the constant rubbing against my back, the floor, and even other bags, had taken its toll. The worst though was the main compartment zipper, which after years of constant use had finally ripped from the bag, a circa 5cm section of the zipper rail hanging loosely from the bag. This made it impractical - and mostly impossible, to close the main compartment. 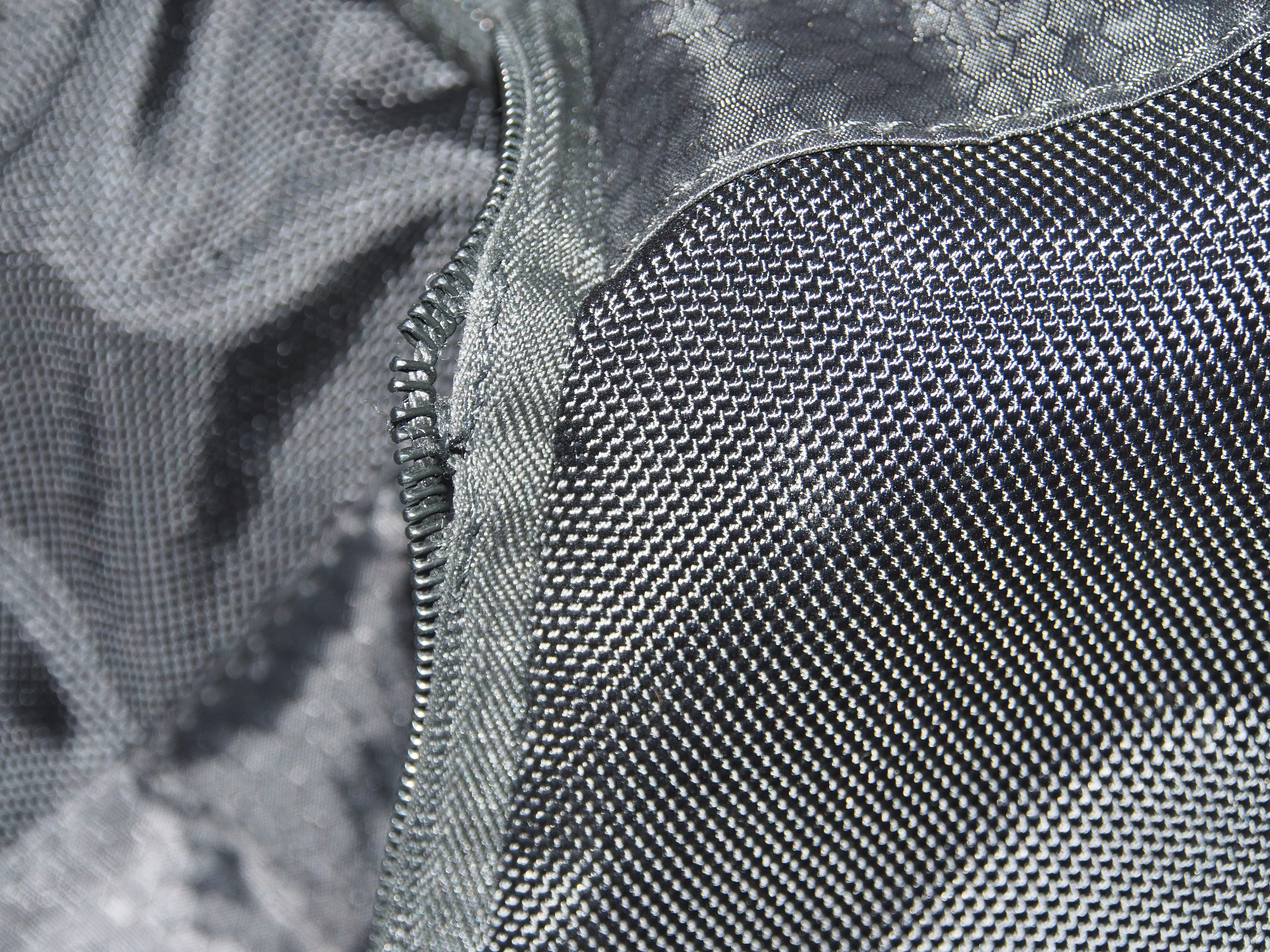 As before, I contacted the Everki by creating a support ticket and sending them images of the damage. Within five days they had responded and stated they would be happy to replace my bag, but under the condition that I send them the damaged bag. Because Everki is located in the USA, sending them a damaged bag would be exorbitantly expensive, so instead they asked if I could destroy the bag and send them images as proof. I did this, with a bit of revel I must admit. 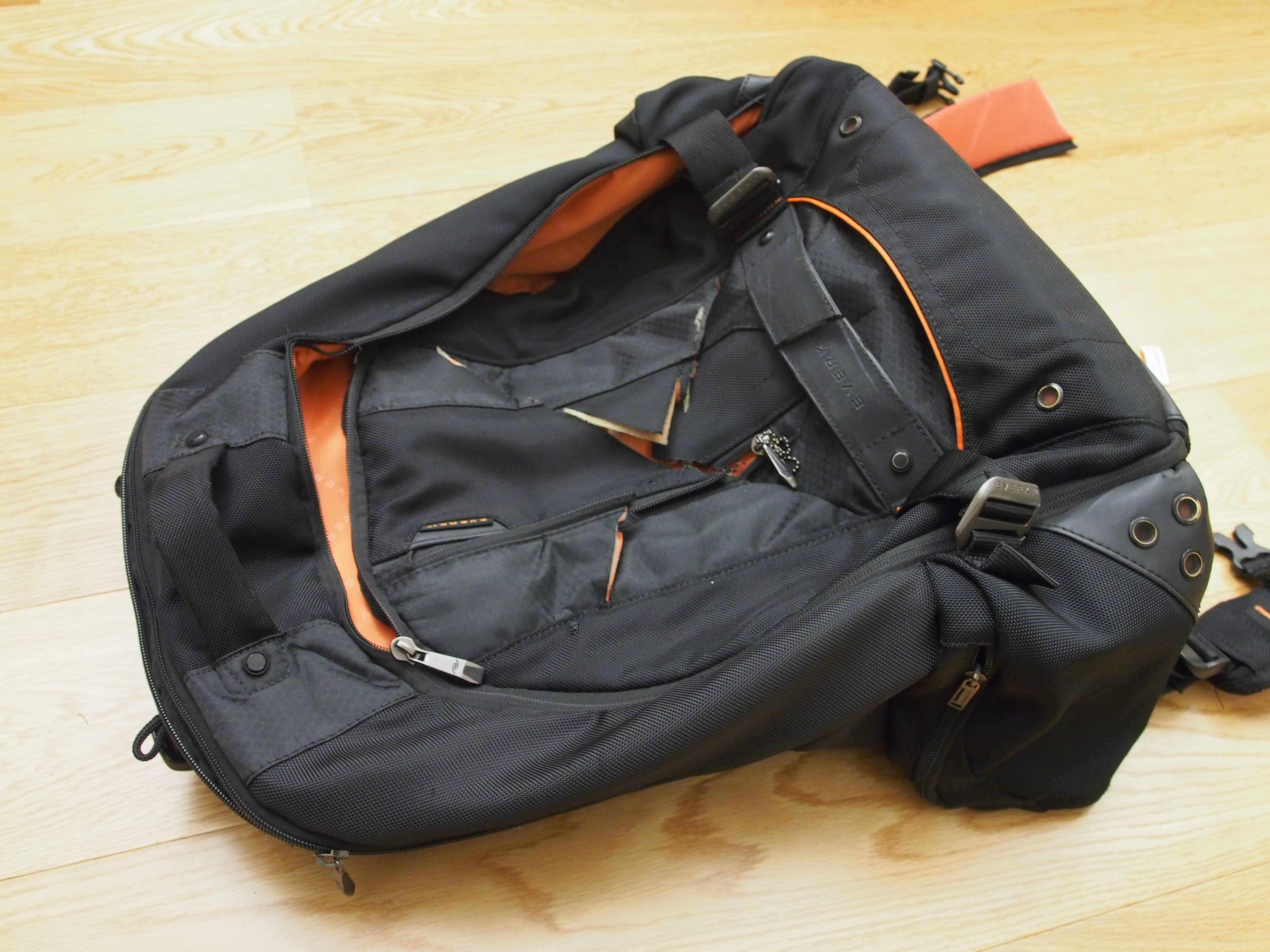 After send them the images of my now completely destroyed bag, they send confirmation that my new bag was on the way.

The Third Cycle, whats next?

My new bag arrived, and again I was pleased to see that they had seemingly fixed the issue I had been experience by installing more sturdy zippers and improving on the stitching work as well.

Well, as all things stand, my latest Everki Beacon bag seem to be handling my day-to-day usage far better then the last two. Having said that, my lifestyle has changed somewhat. Being a postgrad means I have few classes to go to, meaning less traveling. Furthermore, I now bike more regularly to the university, meaning I don’t use the bag as much either, preferring to use my pannier bags.

I hope this bag will stay in good shape for a long while, but given the good service and help I have recieved from Everki, I don’t worry about it.